Please ~ Director Xue commits the letter in protest to the relevant unit of America:

Statement: 2010 Food and Agricultural Organization and IFIF Good Specification Manual in Feed Industry——Execution of Codex Alimentarius Good Animal Feed Norms, in Section 1：Health hazards associated with animal feed：Food safety hazards associated with animal feed can be biological, chemical or physical.  Each hazard is associated with particular sources and routes of contamination and exposure. Risk management must be based on a thorough understanding of these characteristics. The role of water as a potential source of hazards should not be overlooked. Hazards may be introduced with source materials or via carryover or contamination of products during handling, storage and transportation. The presence of a hazard may also result from accidental or deliberate (e.g. fraud or bioterrorism) human intervention. Risk management should be based upon preparedness and prevention rather than reaction after detection of the problem. Important issues that have contributed to this evolution include:

1、grains and oilseeds (whole and meals), fruit and vegetable by-products, including oils;

2、minerals, including trace elements, and binders;

animal by-products, including meat and bonemeal and fats;

And: The following undesirable substances and microorganismsare currently considered to be themost important:

In the last decade, many studies have been conducted on mycotoxins. Most frequently occurring mycotoxins (aflatoxin B1, ochratoxin A, zearalenone,fumonisin deoxinivalenol, T-2 and HT-2) are currently considered for their effects on animal health.

However, when focusing on how mycotoxins play a role in food safety, attention should be limited to mycotoxins that are known to be transferred from feed to food of animal origin, as this food represents a significant route of exposure for humans.

Cadmium is a ubiquitous contaminant that is present in many feed and feed ingredients, in particular minerals, and forages grown near smelting and mining areas. Arsenic and mercury are heavy metals which are widespread in the environment and which can be found in many feeds, in particular in feeds of marine origin. Lead is also aubiquitous contaminant. Table 1 summarizes the most relevant minerals, their sources and bioaccumulation in animal tissues.

However those toxic substance, including [aflatoxin B1, ochratoxin A and T-2 toxin] or heavy metal [cadmium, arsenic, mercury and lead], Pedigree, Cesar, Whiskas fodder and can causing collective sudden death of dogs and cats and poisoning and illness of raisers contacting with the dogs and cats from 1993 are tested to the toxic substance, many famous brands, for example: [Purina, Lexar, Hill’s and other famous pet food and can] are manufactured and sold to Taiwan from your country from 2005 to 2014 are tested to the toxic substance by Agricultural administration unit of our country later

Nowdays, FAO and OIE both have already ensured that the toxic substance will cause serious impairment to pet and human, how can your country continuously conceal all of the facts?

On 1776, America is the first country to write the guarantee of human rights in the constitution. For America being called the great power, couldn’t your country shout [America is the country with Human Rights First] loudly to other countries for a long term?

1. Article 341 and article 346, pet food cannot contain mycotoxin or heavy metal, of Federation Food, Drug and Cosmetic Act are passed on 1938, as well as article 342, pet food product is forbidden to mix with heavy metal and mycotoxin.

2. June 12, 2002, American President Bush signed 2002 Public Health and Safety Legislation (PL107-188) being added into laws, that is [bioterrorism law]. The law requires department of health manpower of America to list the detailed list of biochemicals and toxin serious threat to the public health security, and the pet food is forbidden to contain T-2 mycotoxin in the detailed list. T2 toxic is used as truculency chemical weapons for wars, however [Chemical Weapons Convention] took effect to implement on April 29, 1997, and the total number of signing countries is 173, wherein 141 countries have already become the high contracting party of the convention after completion of national legislative procedure; however, America is one of the five high contracting parties of Chemical Weapons Convention. T-2 toxin is very terror, why do your country continuously poison dogs, cats (fur child) and raisers of Asian and the Republic of China, wouldn't it be the mentality of bullying small countries by great powder? Until now, your country only wants to protect the pet and people of your country. (Completely ignoring the lives of other countrymen)

The so called human rights are the privileges only enjoyed at America and western country, Asian and Taiwan of the Republic of China have no human right, however, your country shout [Human rights first] loudly to other countries for long-term, is it all fake? So pet food manufacturer of your country is connived to sell toxic pet food containing aflatoxin B1, ochratoxin A and T-2 toxin or heavy metal [cadmium, arsenic, mercury and lead] to Asian and Taiwan of the Republic of China to continuously poison the pet and raisers of Taiwan of the Republic of China until now! Your country  is not willing to provide the related data of Pedigree，Cesar, Whiskas fodder and can causing collective sudden death of dogs and cats and poisoning and illness of raisers contacting with the dogs and cats from 2004 required by Ministry of Foreign Affairs of our country, so does it violate [the significance of human right first] shouted loudly by the great powder?

Although, I am only one bestiarian of Taiwan of the Republic of China, I very cherish all the existing of Taiwan, and I have responsibility and obligation to protect the life and equity of dogs, cats and raisers.

From this, the association lodges a serious protest to your country, what is called: Do not do to others what you do not want done to yourself, please no longer connive the pet food manufacturer in America, for example: [Pedigree, Purina, Lexar, Hill’s and other manufacturers], to sell the toxic pet food containing aflatoxin B1, ochratoxin A and T-2 toxin or heavy metal [cadmium, arsenic, mercury and lead] to Asian and Taiwan of Republic of China, and please no longer continuously poison the fur child and raisers in Taiwan of Republic of China.

=note: [the association ill open all kinds of brands of pet food recently, animal by-products, meat and bone meal and other (formula/ingredient) data are contained], and [meat and bone meal contains aflatoxin B1, B2, G1 and G2 as well as heavy metal (iron, copper, manganese, zinc, selenium, lead and cadmium), polychlorinated biphenyl, escherichia coli and salmonella as the factual information] 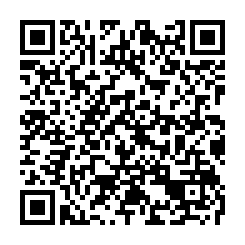